Most of us will experience seasons where our ability to serve God as we want to will be limited—by health, family needs, or other circumstances. In those times, Encore staff Donna Puleo has learned not to dwell on the limitations, but to ask, “How do I use what I do have?”

Due to her husband’s progressive illness, for many years Donna has found it difficult to minister outside their home. But that hasn’t prevented her from making an impact for the Kingdom.

Donna’s husband, Andy, joined Navigator staff in 1974. He served faithfully for over three decades, working with college students, addiction recovery, and church and community ministry. But in 2002, he was diagnosed with Fronto Temporal Dementia. This type of dementia gradually erodes cognitive and physical abilities. By 2010, Andy’s ability to communicate was so compromised that he had to retire from staff. Donna then came onboard with Encore.

By 2013, Andy could no longer be left alone. Donna began to bring in home health care workers to help her care for him. Besides lightening her load, God was giving Donna an opportunity to minister to others without leaving her home.

Donna purposed to share Jesus with every aide who came. More than 143 aides have helped them, and she asks each one about faith, then shares the gospel, if appropriate. Six have come to Christ, and many who already knew Him have been strengthened in their faith by spending time with Donna.

Antoinette is one woman who became a believer through Donna’s influence. Donna was watching a church service on TV, and she noticed Antoinette’s lips moving along with the prayer when an invitation was given.

“Before I met [Donna] I was struggling with how to connect with the Lord,” Antoinette says. “She suggested that I simply welcome the Lord into my heart as my Lord and Savior. I did that while we watched a Sunday morning service on TV. It has changed my life.”

Antoinette has been an eager learner. “She drinks in the truth of the Word,” Donna says. As they spend extensive time together, they talk about everything. Donna helps her grow closer to the Lord. She has copied verses from her quiet time for Antoinette and they watch movies together that will spark discussion.

Donna has also encouraged aides who are already believers. She tutored one man in math for several months to help him prepare for an exam. Another aide, Evelyn, has been a great encouragement as they pray together over difficult issues.

On other fronts, Donna has reconnected with Carol, whom they met through Andy’s ministry in 1975. Carol lives in the area. She comes to visit, and Donna can sometimes get away to meet with her. Donna also meets by phone with Jana, a young Navigator staff woman. Jana and her husband, Jared, work with college students in New York City.

“I do what I can on computer and phone,” Donna says. That includes writing a bimonthly devotional that she emails to people who are interested. She hopes it will help her “to not waste the pain.” “I wanted to record the things God was teaching me,” she explains.

The 17 years of her husband’s progressive illness has been “a journey of losses.” Andy has slowly lost the ability to read, write, and talk. He lost touch with his emotions and the ability to empathize. Now he can no longer feed himself or sit in a wheelchair. With each of life’s closing doors, Donna experienced grief. But she has found Christ in that grief.

“The blessing of this whole thing is how deep I’ve gone with the Lord,” she says. “When you let grief do its worst, you meet Christ there at the bottom of the barrel.” She is encouraged by the story of Hagar (Genesis 16), who learned that El Roi is a God who sees us and hears us in our pain. “He understands my heart, understands my struggles, and He provides.”

She has found that with each new crisis, God first heals her emotions—often through worship—then provides solutions. In 2012 the Puleo’s home on Long Island was destroyed in Hurricane Sandy. Donna had to take care of getting their home rebuilt. “Many times I didn’t have the wisdom or strength to deal with the four-year bureaucratic process,” she says. But when she was “at the end of her rope,” God always came through. “He has delivered, He delivers, and He will deliver,” she says. Through this and many other trials, she is learning to look to the Lord first when she is overwhelmed.

Donna doesn’t ask, “Why me?” Her thought instead has been, “This is what is—how are we going to cope with it?” She lives by the mantra, “Grow where you’re planted.” “The Lord has allowed you to be where you find yourself,” she says. “Ask, ‘What can I do next?’ Then take the next step.” 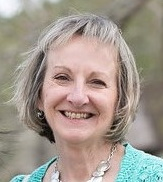